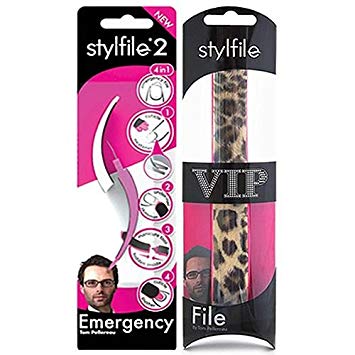 The 2011 Apprentice winner Tom Pellereau has revealed his nail file business plan, a project he began working on before he starred on the BBC One reality series.

Pellereau, 32, secured a £250,000 investment from Lord Sugar after winning last year’s series and has today announced plans for his S shape nail files, which will be available to buy from Sunday.

His three designs – an S-file, an S-buffer and an “emergency” S-file – will be available at the recommended retail price of £4.49.

“Since the Apprentice final I’ve been working night and day to create the Stylfile Collection,” said Pellereau.

“Working with Lord Sugar and benefiting from his experience in retailing, manufacturing and marketing has been invaluable. It has been the experience of a lifetime, and seeing my product on shelf is a dream come true.”

Sugar added: “Tom’s done extremely well at turning a very good concept into three excellent products and getting them stocked with some of the biggest retailers in the country.”